cancel confirm NSFW Votes: (0 votes)
Are you the publisher? Claim or contact us about this channel.
0
Showing article 1017 of 3697 in channel 3964783
Channel Details:
Viewing all articles
Browse latest Browse all 3697
0
0

A review of the monumental five-volume Poets of the English Language, edited by WH Auden and Norman Holmes Pearson

An anthology should be regarded as a public treasure. And on the whole that is what Messrs W.H. Auden and Norman Holmes Pearson have made of their monumental Poets of the English Language, edited by Auden and Pearson (Eyre and Spottiswoode, 5 vols - I, Langland to Spenser, xlvi. 619; II, Marlowe to Marvell, xlvi. 556; III, Milton to Goldsmith, xliv. 622; IV, Blake to Poe, xxxviii. 535; V. Tennyson to Yeats, xlviii. 624; 15s per vol). It is the first systematic anthology from the mid-twentieth century viewpoint - which owes much to Eliot but more still to modern philosophic anxieties.

The stress is on the contemplative poem, and since contemplation is apt to be a long process what we have given we have tried to give substantially. The whole of Antony and Cleopatra, of Samson Agonistes, and Everyman, and great chunks of Chaucer and Pope in particular are included. Newly discovered poets like Edward Taylor are fully introduced (perhaps too fully) and others like Smart or Swift by implication revalued. As for the introduction, it is fresh as the authors hoped and stimulating in the familiar Auden manner but disappointing. There are good generalisations, especially on the craft of verse, but much of the social comment is crudely oversimplified or merely inverts old prejudices. 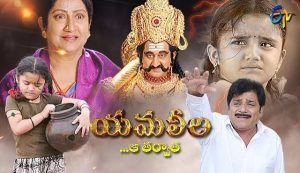